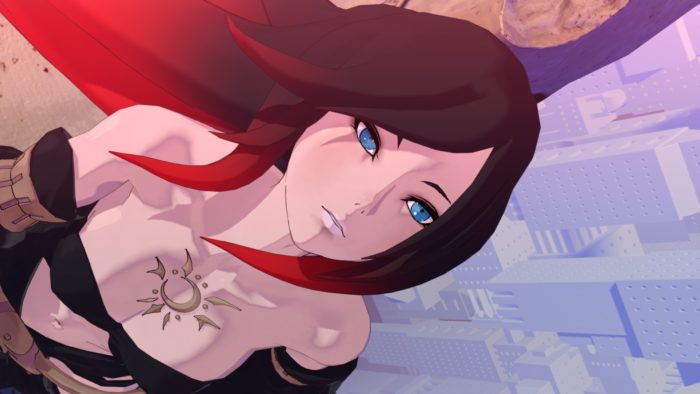 Sony has announced a release date of March 21 for the upcoming free DLC hitting Gravity Rush 2, titled “The Ark of Time – Raven’s Choice.” As you might expect the add-on focuses entirely on the character Raven, and it’ll be free to access for all owners of Gravity Rush 2.

The team behind Raven’s Choice didn’t want it to confuse anyone that hadn’t played the first game, so they opted to make it DLC. The story features a couple of new characters, one is the yellow-clad man you can see below known as “Lumino the Guardian of Light.” The other is a mysterious girl called “Tenebria the Guardian of Darkness.” Both characters will play a role in Raven’s story, along with the strange mechanical creatures known as the “Garbage Collectors the Space-Time Guardians.”

In addition to new story elements, Raven’s Choice will change a couple things about the base game as well. Devool Trench Mine will increase from 30 to 50 levels, and the rarity of Talismans you can get will increase as well.

Gravity Rush 2 will get The Ark of Time – Raven’s Choice on March 21, exclusively on PS4. Take a look at some of the new character artwork in the gallery below.