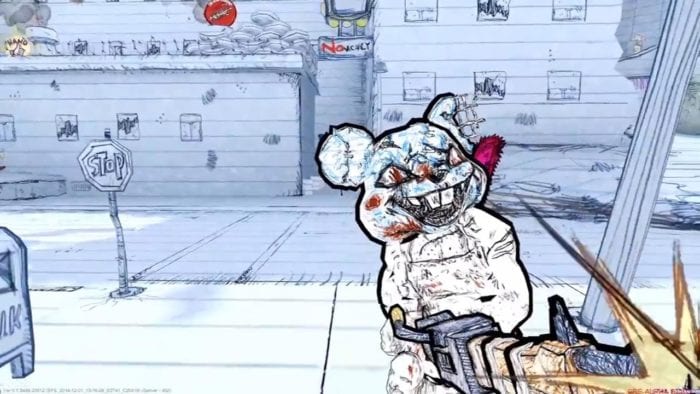 Today, it was confirmed that David Jaffe’s next game, Drawn to Death, will be arriving on PS4 this April.

The news came via a post on the official PlayStation Blog which also included an Inside Look trailer. For those who haven’t heard much about Drawn to Death until now, let us give you a quick rundown.

Players are thrust into the imagination of a high-school kid and their drawings as they take on up to three players. This isn’t just a third-person multiplayer shooter with a cool hand-drawn visual style, though. The fact that the action is hand-drawn by said high-school kid means that environments can change mid-game. Oh, and you’ll also have to avoid soda and a high-schooler’s fist every once in a while, too.

You can check out Drawn to Death’s Inside Look trailer with David Jaffe below.

As you can see, Drawn to Death definitely looks to take advantage of the creative freedom that taking place in a virtual notepad allows. Shark-headed characters and bizarre weapons are definitely not in short supply here.

Drawn to Death will release on PS4 on April 4.