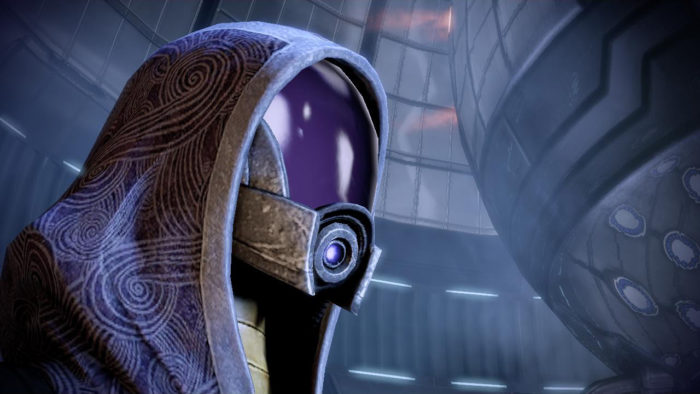 Someone at Amazon apparently has a thing for BioWare’s Mass Effect franchise. As was first noticed by a user on the Mass Effect Reddit, the Amazon Echo and Echo Dot will drop a line from the space-faring RPG franchise when asked a certain question.

To elicit the desired response, Echo or Echo Dot owners need to ask their AI device, “Does this unit have a soul?” The unit will then respond with “Keelah se’lai, my friend.” The line is a common saying among Mass Effect’s quarian race, of which crewmember Tali belongs. Tali often utters those words when she encounters something unexpected, though she says in-game that it translates literally to “By the homeworld I hope to see someday.”

Naturally, you don’t even need to own an Echo to see the Easter Egg in action, as Twitter user @TheAlbionGirl has uploaded a video of it.

The Amazon Echo and Echo Dot are smart home devices that can do things like offer the weather forecast or play music when asked. The Mass Effect Easter Egg isn’t the only video game-related response users can elicit from the devices. Easter Eggs relating to the Konami Code, Portal’s cake being a lie, and infamous Zero Wing line “all your base are belong to us” have previously been uncovered by users.