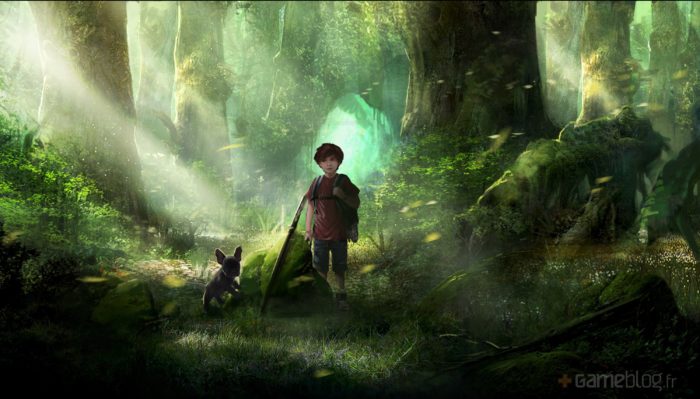 The first few titles are being announced for the Nintendo Switch, and things are off to an interesting start.

A switch-exclusive adventure game called Seasons of Heaven has been announced for 2018. It is being developed by Any Arts Production and is based on the comic series by Nicolas Augusto.

According to the French website Gameblog: “The title will feature Yann, a boy with Asperger’s syndrome, and his French bulldog Ani. During the game, it will be also possible to switch between the two characters with distinct gameplay sequences. Note that the title is currently running on Unreal Engine 4.”

Take a look at the screenshot below:

The second game to be announced is The Sacred Hero, which is being developed by Simplicity. Take a look at the official teaser trailer here:

There isn’t much knwon about The Sacred Hero, though it does look quite Zelda-esque at this stage – the sword lodged in stone in the cave, the deep green forest covered in sunlight. What is known is that The Sacred Hero will not be a Switch-exclusive: it is also scheduled for release on PC in 2018.