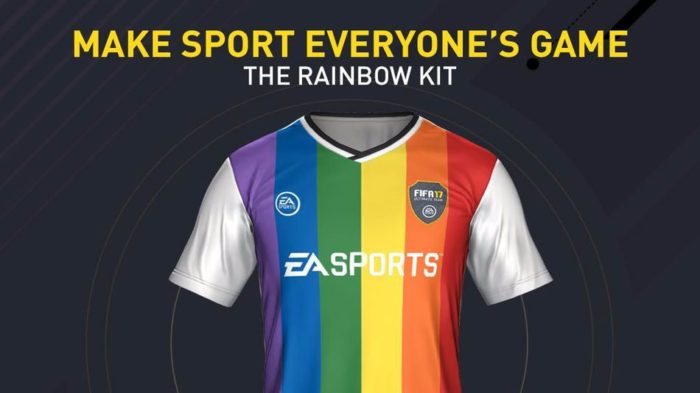 Russian MPs have called for a ban on FIFA 17 for a violation of the country’s law against gay propaganda, according to a report by The Guardian.

A letter sent by MPs to the communications oversight and state consumer protection agencies claims that FIFA 17 “invites users to support the English football premier league’s Rainbow Laces action, a massive campaign in support of LGBT.” The letter was published in a Russian newspaper called Izvestia.

The law in question denotes that propaganda supporting non-traditional sexual relations causes “harm to children’s health and development”. Communist MP Valery Rashkin spoke to Izvestia arguing that authorities should order the game’s developer EA Canada to “introduce changes to the programming code or the age classification of this information product, and if it refuses, adopt corresponding restrictive measures”.

The issue surrounds EA’s support of the Stonewall #RainbowLaces campaign, which is a UK-based LGBT support campaign with the motto “Make Sport Everyone’s Game.” In-game, players are able to show support for the campaign by wearing a free rainbow kit in both single-player and online matches.

It is unknown as of yet how EA will respond, but given EA’s support of the LGBT community it is unlikely that the company will kowtow to the demands.