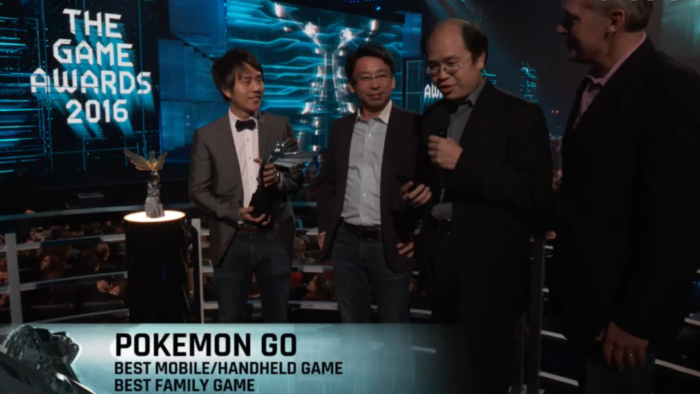 Pokemon GO has bagged the first two awards of the night at The Game Awards 2016. The game that got millions of people off the couch and out exploring the world for virtual Pokemon won the award for Best Mobile/Handheld Game and also Best Family Game.

Considering the impact the game has had on both gamers and traditionally non-gamers, Pokemon GO grabbing both of these awards is not a total shock. Niantic was on the floor to receive the award, and promise new content in the days and months ahead.