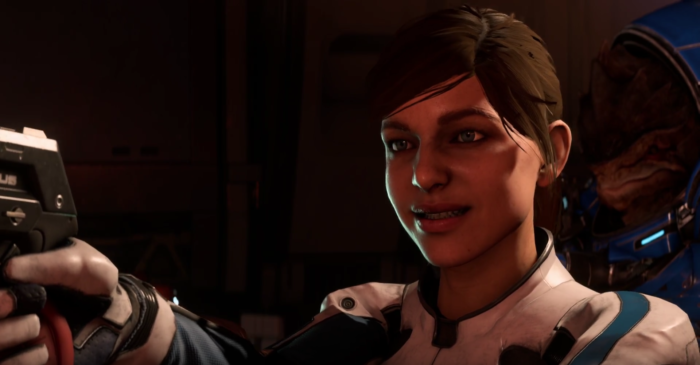 BioWare and Electronic Arts showed off an extended gameplay trailer for Mass Effect Andromeda at last night’s Game Awards show, and the response was mostly positive. Over on Reddit, however, some fans expressed concern over the game’s facial and lip syncing.

The biggest concern seemed to be that the female version of main character Ryder appeared to frequently have an janky smile on her face that some fans described as baby-like. You can see an example of female Ryder’s awkward grinning in the featured image of this story, which reminded at least one user of the creepy Commander Shepherd smile from the original Mass Effect trailer. Andromeda’s facial problems, however, doesn’t appear to extend to the male version of Ryder.

Over on Twitter, several BioWare devs assured users that these elements are still being worked on. In response to a fan question about “skins/faces/speech things,” BioWare General Manager and Vice President Aaryn Flynn confirmed that those bits get “worked on all the way to the end. But remember, those faces are customizable, not just actor scans.”

Franchise Creative Director Mac Walters confirmed as much. “We’ll be polishing the game until they take it from our cold, dead hands,” he tweeted.

Producer Michael Gamble also noted that the studio “will continue to polish until someone comes and rips it from us. Because we <3 you."

Mass Effect: Andromeda is scheduled to release sometime in the spring, giving BioWare somewhere between four and seven months yet to work on these polishing efforts.