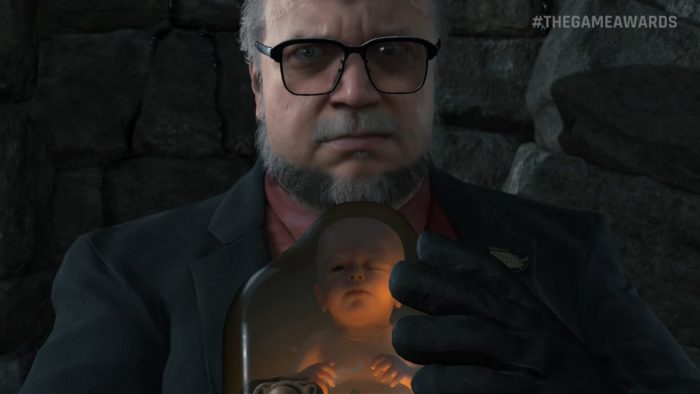 Following the reveal of the newest trailer for Death Stranding, Hideo Kojima took the stage with the likes of Geoff Keighley, Guerrilla Games managing director Herman Hulst, and PlayStation architect Mark Cerny to talk about the game’s Decima engine and actors at PlayStation Experience 2016.

When shown the trailer this time around, it was set to Low Roar’s “Easy Way Out,” the same band whose song was featured in the Death Stranding reveal back at E3.

Earlier this year, Kojima took a tour across a variety of Sony-affiliated studios along with Cerny in search of an engine to build Death Stranding with. That search, apparently, landed them with the Decima engine, which is what all of Guerrilla’s projects run on, including the upcoming Horizon: Zero Dawn.

“It’s fair to say it’s taken a quantum leap in the last couple of years to get it ready for this project. It’s a lot more than just a rendering engine. It involves AI, physics, logics, it’s got the entire world creation tool screen in it. And I’d argue that the engine probably is a statement of philosophy of game development as well,” said Hulst.

When speaking about the “quest” to find their engine, Cerny indirectly spoke on Kojima’s leaving behind of the Fox Engine that powered Metal Gear Solid V: The Phantom Pain at Konami. “Unfortunately, Kojima-san needed to leave his technology with his former employer,” said Cerny, which followed with audible boos from the audience.

Development of Anthem Next Has Been Shut Down
To Top