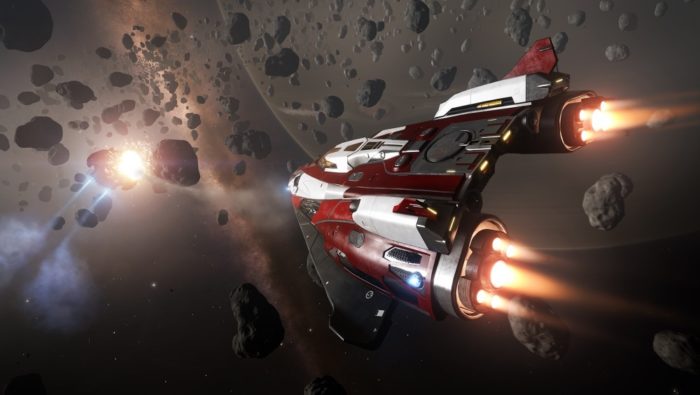 Elite Dangerous has previously been exclusive to the PC and Xbox One, but now PlayStation gamers will be able to explore the galaxy as it has been announced that the game will be coming to the PS4 next year.

The PS4 version will get features that make use of the console’s tech, including the ability to navigate the map of the milky way via the DualShock 4’s touchpad. The motion control will also allow players to easily track enemies during combat. The PS4 version of Elite Dangerous will also support the PS4 Pro with “enhanced performance throughout Elite Dangerous”.

Frontier CEO David Braben said in a statement: “We’re thrilled to bring Elite Dangerous to PlayStation 4. Elite Dangerous is unlike any other space game, with a rich multiplayer or single-player space, a true-to-life galaxy including our own entire night sky, real physics, unique ship handling characteristics and a player-driven narrative that’s really heating up. The galaxy has been stable for centuries, but all that is about to change. PlayStation 4 players will be joining our galaxy at a very exciting time.”

The PS4 version of Elite Dangerous will include the base game, the Full Horizons season pass, and every expansion to date. All future content will also come to the PS4 as well as the PC and Xbox One. A price is yet to be announced along with an exact release date. It is slated for a Q2 release date next year.