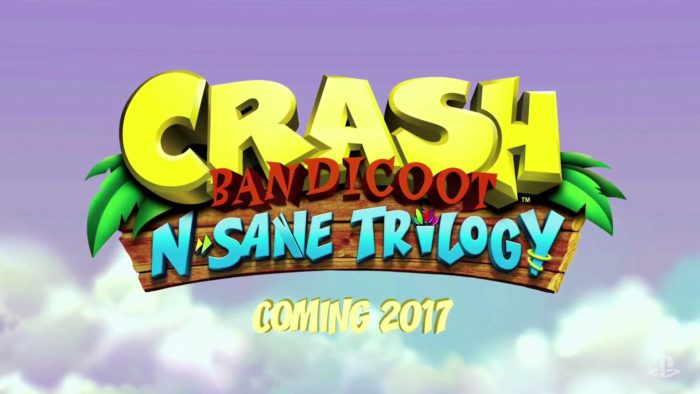 Today during Sony’s PlayStation Experience event, fans were treated to some gameplay footage of the upcoming Crash Bandicoot game coming to PlayStation 4 in 2017.

Titled, Crash Bandicoot: N’Sane Trilogy, the gameplay trailer gave us a quick glimpse at all of the action you’d expect from the PlayStation mascot. Crash could be seen spinning, smashing crates, and collecting Wumpa Fruit through some beautifully detailed and remastered classic levels.

As you may have guessed from the title, Crash Bandicoot: N’Sane Trilogy contains all three of the first Crash PS1 titles, but all lovingly remade to make full use of the power of the PlayStation 4. You can check out the trailer below.

Crash is due to return to the PS4 at some point in 2017, though no confirmed release date has been revealed as of yet.

Are you looking forward to checking out Crash’s remastered adventures on PS4? Let us know down in the comments below.