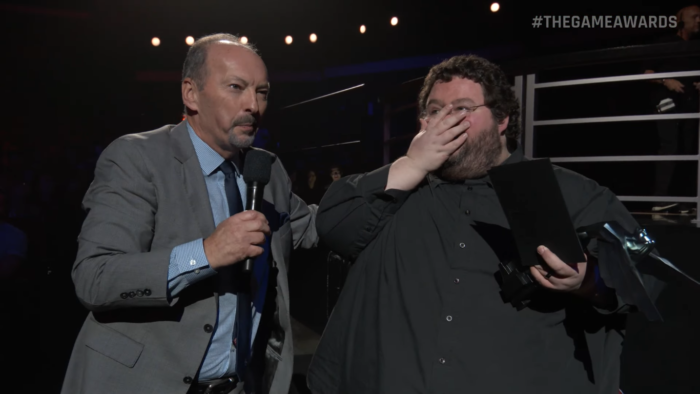 Tonight at the Game Awards, EA head Peter Moore announced the winner for the Trending Gamer category, which featured many top YouTubers and celebrities. After reading them all off, Moore announced that the winner was Boogie2988 (or, as some know him, the Raging Gamer, Francis).

After accepting the award, Boogie2988 thanked his fans and his wife, who gave him “something to fight for.” Video games have, for him, created worlds that he can explore and accomplish, and considers tonight a great way to distract from “the darkest parts of our lives.” Boogie says that at the end of the day, developers are the “real heroes,” and thanked everyone for watching The Game Awards tonight, which was met with rapturous applause from the already enthusiastic audience.

Stay tuned to Twinfinite for more news from The Game Awards.