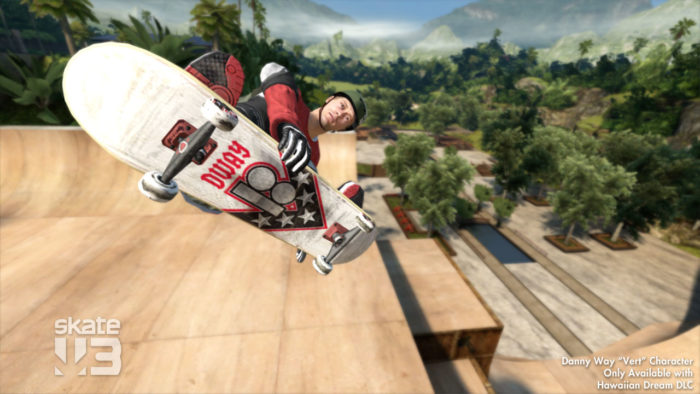 With the launch of Backwards compatibility reaching its one year anniversary; Microsoft has celebrated the occasion with the addition of Skate 3 to the long list of games having already made the transition between generations.

Developed by EA Black Box, Skate 3 saw a major rise in popularity after it was picked up by YouTube’s PewDiePie in late 2013 and has remained a fan favorite ever since. Set in the fictional city of Port Caverton, the game utilizes three different districts, allowing players to perform a range of tricks across different urban environments.

On top of bringing Skate 3 to its backwards compatibility list, Microsoft is also giving away the game’s San Van Party DLC pack for free through the store. Xbox Live Gold Members can also pick up a copy of Skate 3 for a reduced price of $9.99.

The addition of Skate 3 marks a fairly substantial week for the backwards compatibility program, which has also welcomed Mass Effect 2, Mass Effect 3, and TikGames’ ScaryGirl to its long list of titles.

A full list of the 284 titles made available for the Xbox One can be found on Microsoft’s official website.