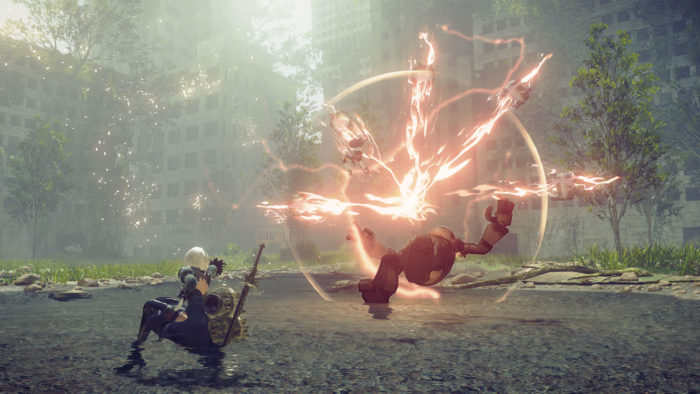 Some exciting news for fans looking forward to the upcoming action-RPG from Platinum Games and Square Enix. According to a report from Game Rant, who recently went hands-on with the game, NieR: Automata will support the upcoming PS4 Pro. According to producer Yosuke Saito, the game will feature 60 FPS and the goal is to also have 4k quality graphics as well.

“Yes, it will be optimized for the PS4 Pro. It will keep the 60 FPS while we are trying to optimize it to have 4K quality graphics as well.” said Saito via Game Rant

Excellent news for PS4 Pro converters/buyers looking for more reasons to justify their purchase. However, fans of Sony’s home console aren’t the only ones with a reason to be excited. In the same report from Game Rant, Saito also confirmed that a Xbox One version of the game is possible.

Saito said that they are “considering” a Xbox One release, but it is contingent on how successful the PS4 and PC versions of the game are. So if you’re a Xbox One owner hoping to get your hands on NieR: Automata, make sure to tell your PS4 and PC brethren to pick it up if it ends up being good.

NieR: Automata will release next year in Japan on February 23. It is confirmed to have a worldwide release as well, but that a date for that is not yet confirmed.