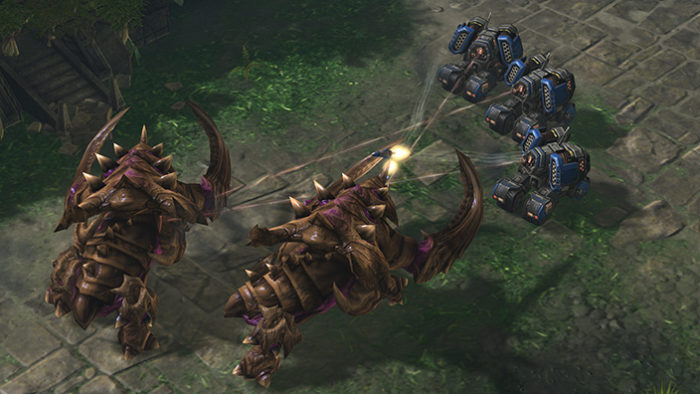 Calling the initiative “a dream come true,” Vinyals said it would result in scientists building and training AI agents to play StarCraft II. The hope is that these AIs become so proficient at playing the game that they will be able to coach real, living players and perhaps even challenge esports champions in matches.

Blizzard President Mike Morhaime said that he was “so proud” that [Vinyals] and his team would be working with the developer on this AI program.

Vinyals promised that the research and development that come as a result of the partnership would not be restricted to just in-game usage. “These advancements we make in StarCraft II might help us with real-world problems,” he suggested. Among other things, Vinyals hopes there will be scientific and energy industry applications for Starcraft’s AI players.

Such applications would bring the partnership into alignment with DeepMind’s reason for existing. Vinyals said that the “mission at DeepMind is to solve intelligence and use it to make the world a better place” and cited games as a medium for helping Google achieve as much.

Vinyals himself is a lifelong gamer and huge fan of StarCraft and World of Warcraft. In fact, while studying for his Ph.D at Berkeley, he created an independent AI dubbed Overmind that was capable of playing StarCaft’s Brood War expansion.

Before exiting the stage, Vinyals promised that more details on Blizzard and DeepMind’s partnership would be released tomorrow.