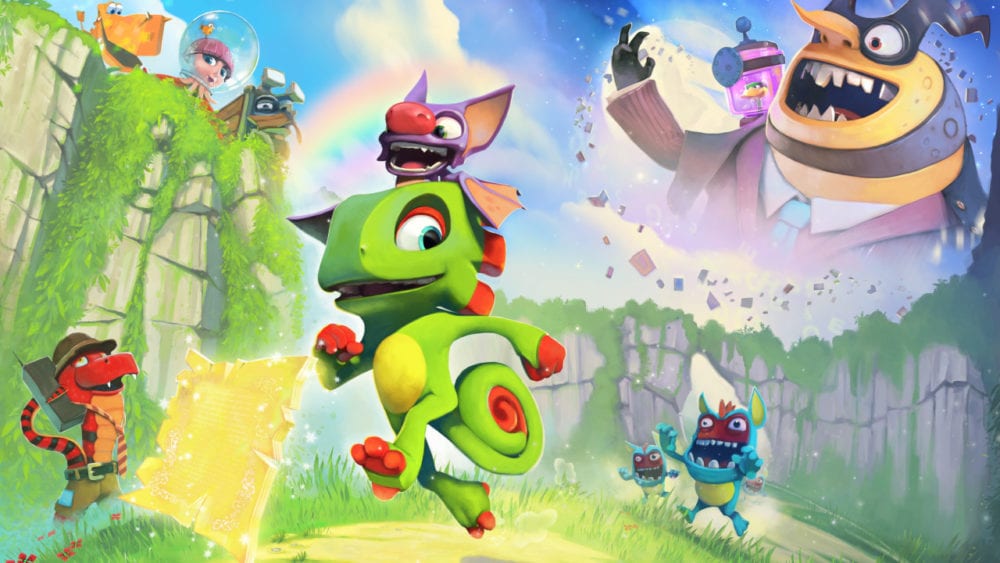 Yooka-Laylee the upcoming Kickstarted 3D-platformer by Playtonic Games, and spiritual successor to Banjo Kazooie, will be available both physically and digitally at launch. Playtonic made the announcement today over on their website, in a new monthly update on the game.

Playtonic didn’t announced which platforms the game will be available on physically, of if a physical edition wil lbe coming to every system the game is on. Additionally, Kickstarter backers of Yooka-Laylee will be able to upgrade their digital pledge to a physical one, if they want to. It sounds like some of the details are being worked out, but Playtonic promises an update soon.

Besides the release announcement, today’s post also covered the newest trailer released for Yooka-Laylee, that included a surprise announcement of a Shovel Knight cameo. The crossover was apparently brought around from a mutual admiration between Playtonic and the Californian studio, Yacht Club Games. Playtonic’s Chris Sutherland explained,

“We’ve always been fans of Shovel Knight and thought it’d be great to have some guest star characters from the rest of the indie community. It’s great for indies to be able to do that. There’s no kind of big barrier, you don’t have to go through seven levels of approval, you just go: yeah, we’re going to do that.”

Yooka-Laylee is currently scheduled for release in Q1 of 2017 for PlayStation 4, Xbox One, Wii U, and PC. If you missed the recent character trailer including Shovel Knight and more, you can take a look at it here.

Are you excited to hear Yooka-Laylee will be getting a physical release? Do you still buy hard copies of most of your games, or have you switched over to mostly digital? Leave a comment down below and let us know.