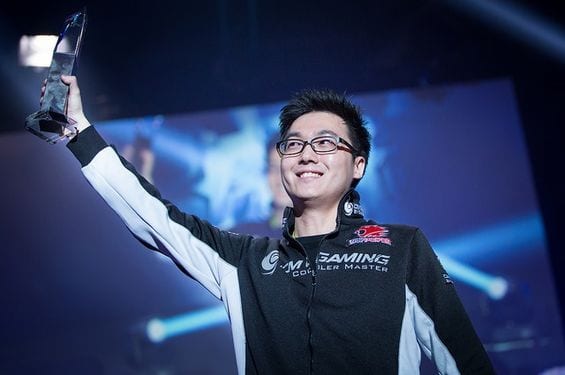 Seemingly out of no where, one of StarCraft 2’s most popular players, Choi Seong Hun AKA Polt, has been called in to begin his mandatory service to the South Korean military.

Known by his fans as “Captain America” for being one of the most dominant players currently residing in the USA, Polt was considered by many to be one of the favorites to win the StarCraft 2 Global Playoffs and Finals that will take place at Blizzcon in a few weeks. However, because of the timing of this development, Polt will be forced to drop out of Blizzcon and forfeit his shot at the $250k grand prize. He will also be leaving Team EnVyUs.

“I have been really happy for the past 6 years. Playing StarCraft II and meeting a lot of people in the world gave me plenty of unforgettable memories. I have been able to make a great achievement and I appreciate all of the support from Andrew and Team EnVyUs. Unfortunately, the time has come to say goodbye. However, remember that every ending is a new beginning. I am looking forward to seeing you again soon.” via Team EnVyUs

This development drops the total number of Terran competitors to only two as compared to seven Protoss and seven Zerg. The French Protoss player “PtitDrogo”, will be taking Polt’s place due to his position on the WCS Circuit standings.

Polt is currently 28, and it is unknown if he will be able to make a comeback into competitive StarCraft some time in the future. Esports is still a pretty new phenomena, and the odds will be stacked against him considering he will have to learn an entire new meta (or possibly even a new game), and could have slower reaction times due to age.

Polt is now the second WCS Circuit player to drop out in as many weeks. Shin “Hydra” Dong Won, a South Korean born Zerg player dropped from Blizzcon due to a scheduling conflict with his wedding and shortly retired as he too will need to begin his military service by the end of the year. Military service at some point is required for all South Korean males that are fit to do so between the ages of 18-35.