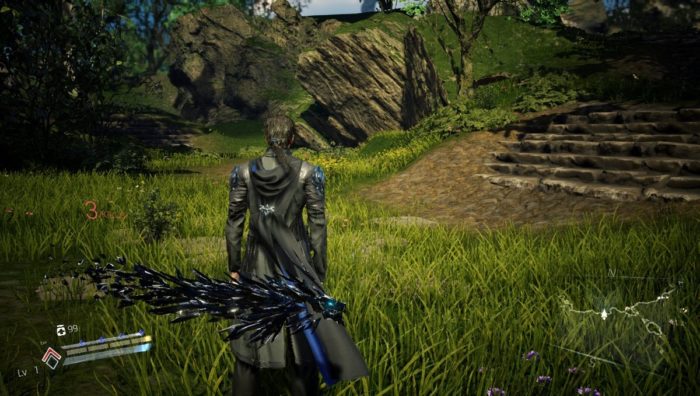 Over the past few months, a trailer for a FFXV-inspired fan project, named Lost Soul Aside, had blown many away with its beautiful visuals and intense gameplay. However, the most extraordinary part of the game was that it was all created by a single Korean indie developer, Yang Bing. Since the trailer’s release, fans of the game have been swarming Bing with questions about the game’s future and possible release which up until now, had looked rather grim. But it seems as though the future of Lost Soul Aside is looking much brighter as Sony has officially decided to back the project.

Earlier today on Twitter, Bing announced that he’ll be receiving Sony’s support moving forward and that more developers will be joining him as well. We’ve known for awhile now that Sony had been interested in the project and had even contacted Bing directly. In August, Bing decided he’d speak with the companies interested in Lost Soul Aside in an effort to finish the game and it appears Sony won out.

Hey friends,I got some messages asking about the progress, actually I have got support from Sony and will work on it with some other devs. pic.twitter.com/QskF4riHCg

Bing was also able to confirm that the game will release on PS4 and will be a timed exclusive for the console. He didn’t specify where else the game would go after it’s time on the PS4, simply saying it will be “multiplatform.” He also shared that the game will feature multiple weapons and that he’s aiming for a 2018 release date. You can find all of Bing’s comments and some really incredible concept art on his Twitter or at the game’s official Facebook page. While much of the game and its future is still shrouded in mystery, one thing is certain. This story of a beautiful, fan-inspired game and its single remarkable developer is certainly one for the ages.

Are you excited to see Lost Soul Aside come to PS4? Leave a comment and let us know!