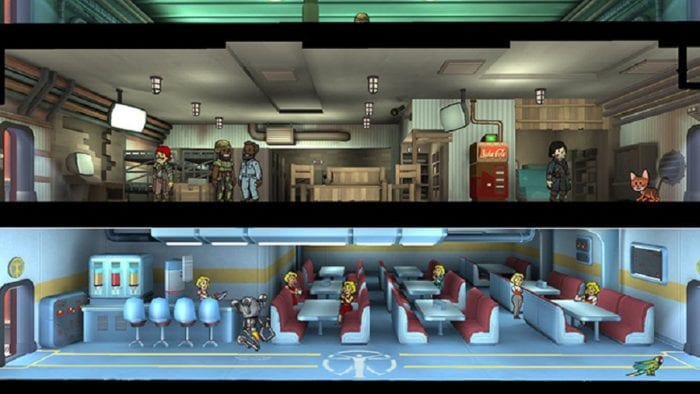 The new 1.8 update for Fallout Shelter has launched today, and brings with it a host of new features, including new quests, room themes and factions.

You can now build themes for your rooms based on several Fallout 4 factions. The Railroad, Minutemen, The Brotherhood of Steel, The Institute – your rooms can be decked out to rep any of these factions. New quests have been added for you to unlock these themes, which can be switched on and off. This means you won’t have to commit to a theme and are free to change your mind.

Bethesda has also stated that there are new quests tied into different holidays in the game. Halloween, Thanksgiving, and Christmas will all bring new quests, and similarly will have special events tied to them. For instance there will be “spooky” Halloween rewards at the end of quests for a limited time. For iPhone users there is a new batch of iMessage stickers that will feature Halloween themed set.

The game is currently available for PC, iOS, and Android. After launching in June 2015, the game has seen numerous updates, the most recent of which before now was the Nuka-World Update. Click here for more details.