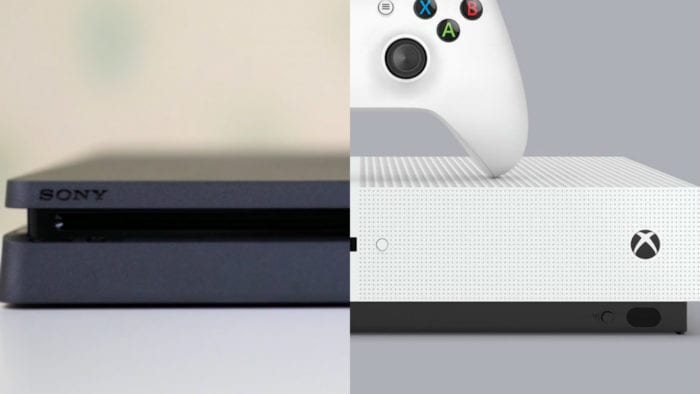 It’s been nearly three years since Sony and Microsoft both entered the latest generation of console gaming. After a rocky start from the Xbox One and a strong showing from the PS4, both consoles have found their groove and have been on cruise control for some time. 2016 has sought to shake things up a bit by introducing smaller versions of each machine for consumers: the Xbox One S and the PS4 Slim.

It’s clear that both are substantial drops over their predecessors, but how about next to one another? Sizes below are shown as LxWxH:

Here’s a visual comparison of the two, from the front of both consoles:

The Xbox One S was still actually much larger than the standard PS4, so when compared to the newer Slim model, it’s really no contest. From front to back they are almost on par, but that goes out the window when you take into account the width of the front of the console and how high each stands. The Slim can very much so fit inside Microsoft’s latest iteration of their home console.

Cyberpunk 2077 ‘Night City Wire’ Event Has Been Delayed
To Top