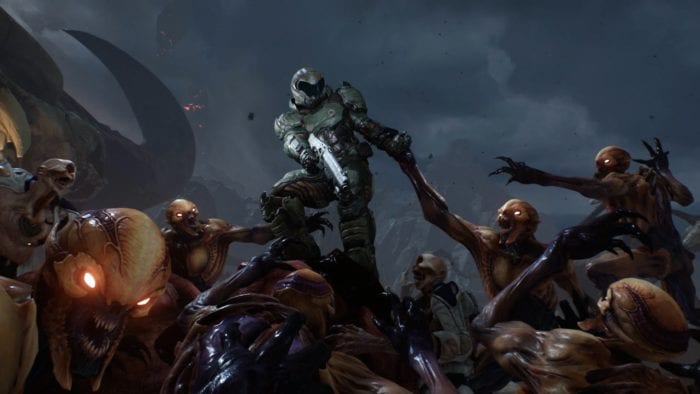 Earlier this year, Bethesda rebooted the groundbreaking first-person sci-fi shooter Doom when they released the fourth entry in the franchise. The game received generally positive reviews thanks to its fast gameplay, visuals, and single-player campaign, and was widely considered a return to form for the series.

If you’ve played the game, then you’re more than likely aware that hidden secrets within the game allow you to experience a small part of the original Doom levels as Easter eggs, whilst maintaining the same character textures from the modern version. Now, in a neat little twist, a group of talented modders have recreated the opening level to 2016’s Doom in the Doom 2 engine. Built over a couple of weeks by a group of six people known as D4D, the video appears on development team member dbthanatos’ YouTube channel. The mod itself is a testament to how true the new Doom game is to its predecessors as it works so well and looks freaking awesome, be sure to check out the video below.