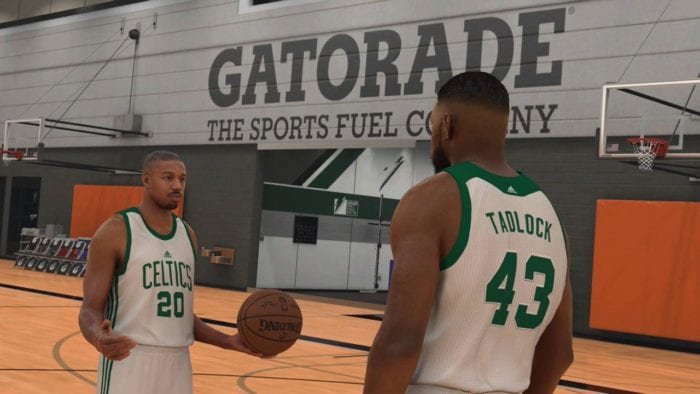 2K Sports isn’t holding off when it comes to adding Hollywood Star power, with actor Michael B. Jordan set to star alongside you in NBA 2K17’s MyCareer mode.

Assuming the role of up-and-coming NBA athlete Justice Young, Jordan will play alongside your created MyCareer mode character with all the flair and chemistry to lead you to be dubbed “Orange Juice,” representing the chemistry between him and yourself. “Working with an actor of Michael’s caliber represents a commitment to giving our fans only the best and continuing to push ourselves as an entertainment platform.” 2K Executive Alfie Brody praised.

A free app called Prelude will be available on Sept. 9, which will allow you to choose your characters physical attributes, playstyle, and position. NBA 2K17 will then release on Sept. 20, and preordering the game will get you on the court four days early.

What do you think of this addition to NBA 2K17’s roster? Share your thoughts in the comments below.