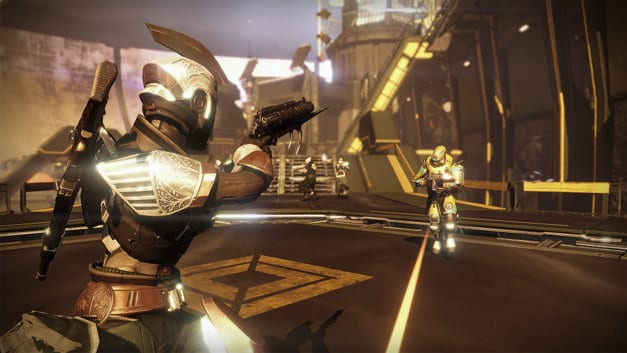 Bungie has revealed their planned exotic weapon and weapon type balance changes to go into effect for Rise of Iron’s pre-patch update 2.4.0, which will go into effect once maintenance is completed later today. You can read the full patch notes via Bungie’s Destiny Blog as they are too long to post here, but here are a couple of quick highlights or lowlights depending on whether or not your favorite gun got nerfed.

The most dramatic exotic weapon change belongs to Touch of Malice, which receives a huge nerf to its viability outside of the raid, and kills a popular Oryx strategy. From now on Blessing of Light will be removed once you take Malice damage. Meaning, no more popping in and out of Titan bubbles to burn down Orges during Oryx. You’ll be able to get some damage done with it still, but you’re probably going to want a sniper rifle to help finish the job. Obviously damage within the Aura still works just fine.

Some lesser used exotics such as Fabian Strategy and Dreg’s Promise got healthy buffs, but Universal Remote got hit pretty hard with the nerf hammer. Its exotic perk range bonus has been reduced by 75%.

Finally, in preparation for Thorn’s dramatic return to Year Two/Three, Destiny did a preemptive adjustment to reduce its range by 25%, feeling that Thorn already has a lot going for it even by removing its famed range.

The biggest weapon type balance change is for Sniper Rifles. Sniper Rifles continue to be a dominant force both in and outside of the Crucible. Bungie decided to nerf the damage of mid-high impact Sniper Rifles (AKA the Thousand Yard Stare), and increased the rate of how much you flinch when taking damage while scoped.

Those are the changes that are probably going to cause the most chatter. The patch notes are extremely long, so you can read all of them over at Bungie.