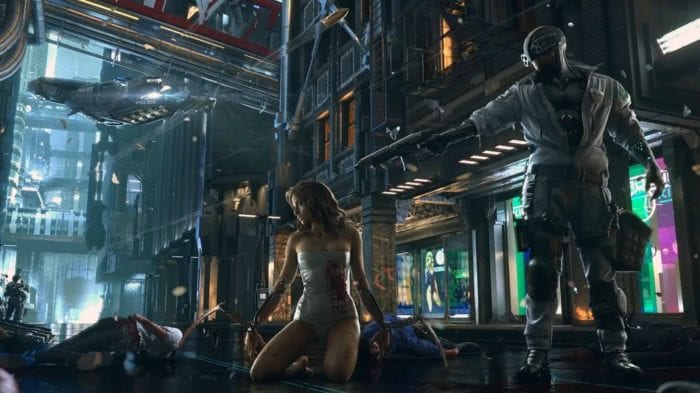 We are still a long ways off from any official announcement about CD Projekt Red’s Cyberpunk 2077, but we may now have a better idea of the direction the developer is heading in. According to a grant proposal submitted to the Polish GameINN program, the Witcher developer is looking to top the grandeur and scope of The Wild Hunt, while offering something new that fans might not have expected.

The proposal (translated via Gamepressure) involves multiple catagories, the first of which feels like a natural progression from the crowded streets of The Witcher 3’s Novigrad. Labeled as City Creation, CD Projekt Red describes the proposed system as “a complex technology for creating a huge living city, playable in real time, which is based on rules, AI, and automation, and supports innovative processes and tools for making top-notch open-world games.” The team then follows up with other more self-explanatory categories like Animation Excellence and Cinematic Feel.

The most noteworthy piece of information however, considering CD Projekt Red has traditionally been a single-player developer, is Seamless Multiplayer. The system is described as, “a complex technology for making unique multiplayer gameplay mechanics, including the ability to search for opponents, manage game session, replicate objects, and support for different game modes along with a unique set of dedicated tools.”

While it still might not be much to go on, there is no doubt that Cyberpunk 2077 is worth keeping an eye on. Earlier this month it came to light that more people are currently working on Cyberpunk 2077 than ever worked on The Witcher 3. As we learn more, you’ll find it all right here on Twinfinite.