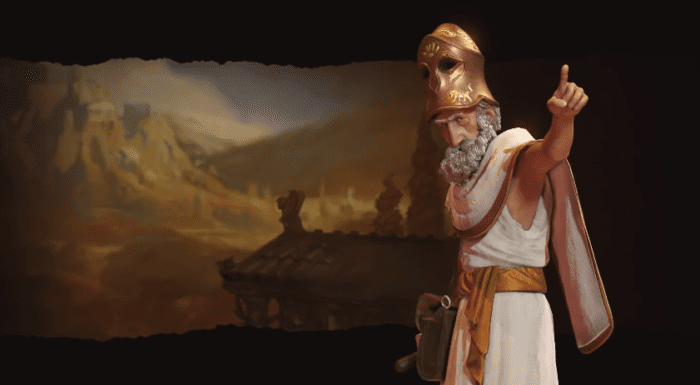 Civilization VI is just around the corner, so as the agonising wait winds down we’re starting to get to the end of the list of leaders who will be in the base game.

A staple empire of the Civilization series, Greece has been completely revamped for the sixth instalment, with a new leader as well as a unique unit, district and ability that will change the way you play.

This time around Greece will be led by Pericles, the famous orator and a key statesmen during the Golden Age of Athens in the fifth century. He was a populist who had an incredible influence on society, referred to by historian as “The First Citizen of Athens”, his legacy becoming the basis of a Shakespeare play.

Greece’s unique ability is called ‘Plato’s Republic’ and allows them an extra wildcard slot to develop their government regardless of its type. Their unique unit is the Hoplite, who receives an adjacency bonus when next to other soldiers of the same type, and their unique building is the Acropolis, which replaces the theatre district. It has to be built on a hill, but it provides excellent culture bonuses for Greece.

Pericle’s special ability is ‘Surrounded By Glory’ which gives a culture boost to Greece for every city-state they swear sovereignty to. All of this means that Greece is great for a culture victory, but can also defend themselves sufficiently with the Hoplites in the early game.