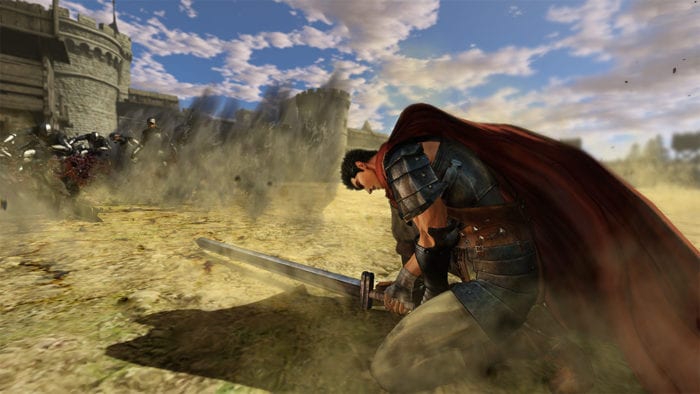 Koei Tecmo and Omega Force showed off a new trailer for their upcoming Berserk video game adaptation, and it looks super brutal. We didn’t get a lot of story details, but we did get a look at the bloody massacres players will get to engage in. You can check out the new trailer down below.

The trailer shows off the different gameplay styles for Guts, Casca, Judeau, and Griffith. We are also introduced to the voice actors for other characters like Zodd, Serpico, and Schierke. Koei Tecmo has previously confirmed that the video game adaptation will cover the Golden Age arc, the Conviction arc, and the Millennium Falcon arc, so you can expect a fair bit of story content from this one.

Berserk is set to be released for the PS4, PS3, and PS Vita on October 27 in Japan. The game will be coming to the PS4, PS Vita, and PC via Steam in North America some time this year as well. We’ll keep you updated when more info comes our way.