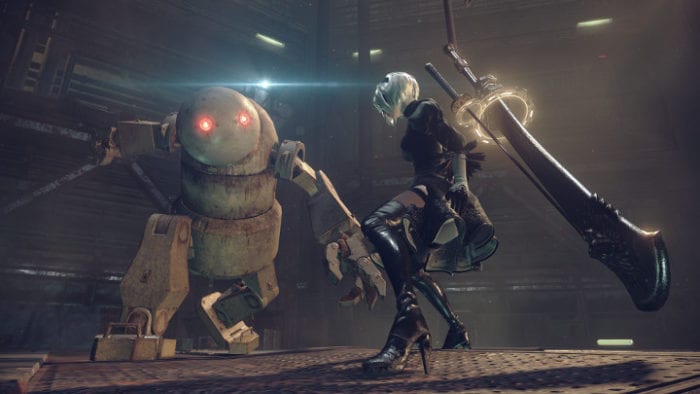 Square Enix has announced at Gamescom that NieR: Automata will also be releasing on PC, Eurogamer reports. No formal release dates have been announced, but it has been confirmed that both versions of the game will release in early 2017. The PC release will require Steam.

The game was originally announced at E3 2015 during the Square Enix conference as a PS4 exclusive. It continues after the original NieR’s fourth ending, and focuses on the lead protagonists 2B, 9S and A2, all of whom are androids. The game is an action RPG, and its story revolves around a war between humans and machine invaders. Well, only some of the humans: most just did the sensible thing and fled to the moon.

NieR: Automata is developed by Platinum Games, instead of the original developer Cavia. It does have the same director as before, Taro Yoko. Him clapping during the game’s announcement makes for a priceless GIF. The game was expected to release in Nov. 2016, but was delayed to improve its chances of financial success, while also giving it more time for polishing. The decision makes sense, especially in light of Final Fantasy XV’s most recent delay, which puts that game’s release date in November. This announcement also raises the chances that we’ll see Final Fantasy XV on PC at some point, considering both NieR: Automata and Final Fantasy XV are published by Square Enix.