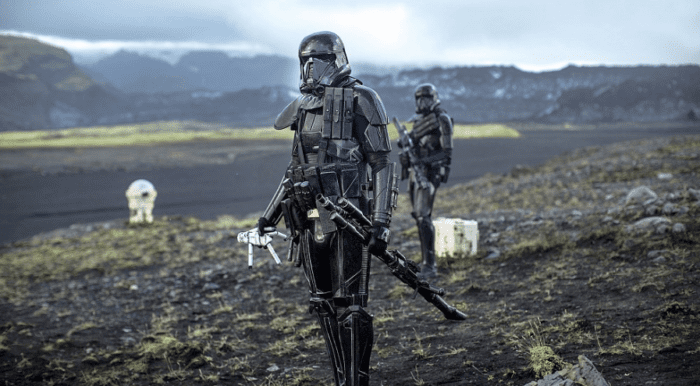 The story behind the rebel acquisition of the Death Star plans is creeping ever closer to us, and to sate our hunger we’ve been given an all new lengthy trailer, adding depth to the rag-tag squad and giving us a new perspective on the unique settings featuring in this gorgeous Star Wars spin-off.

The trailer, premiered during coverage of the 2016 Olympics in Rio, showcases more of the story and the squad involved. It was first shown at the annual Star Wars Celebration event to select super fans and members of the press, but now we have it in all it’s glory.

A few highlights from the trailer include the introduction of Alan Tudyk as K-2SO, the new robot companion. He looks like a nice bit of comic relief, even giving Diego Luna’s character the famous odds at one point in the trailer. We also have the reveal that Darth Vader will be in this movie, reprised and voiced by James Earl Jones.

I don’t know about you, but I seriously can’t wait for December. If you can’t wait either, keep it locked right here at Twinfinite for more Rogue One coverage.