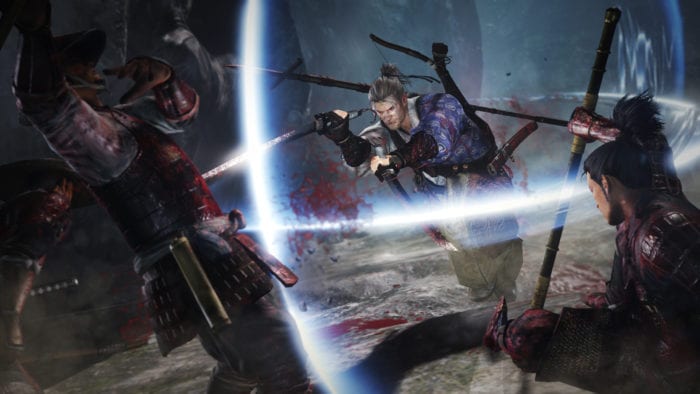 Nioh, the upcoming action RPG from Koei Tecmo and Team Ninja, will be getting a beta demo on the PS4 next week. After collecting feedback from fans who played the alpha earlier this year, the development team has made some tweaks and adjustments to the gameplay, though they’ve also promised us at E3 that the difficulty certainly won’t be toned down.

‘Following the overwhelming success of the Alpha Demo in April—as well as the community’s generous feedback—the Nioh Beta Demo will incorporate a number of gameplay changes made with fans in mind, which will be immediately noticeable upon their return to the village of Usuki. This first stage of the demo will offer new challenges and the opportunity to once again fight for the mysterious Mark of the Conqueror DLC. Warriors who conquered Usuki and procured the DLC during the Alpha Demo won’t be left wanting, however, as they will receive a set of weapons and more starting money. These champions will also have the opportunity to play through the new Nakatsu stage without having to clear Usuki again.

The Beta Demo will also feature a selection of new weapons, including the long-range hand cannon rifle and a fresh selection of Katanas (including dual-wielded Katanas), Spears, Axes and Hammers which will provide new options to suit any gameplay style. In addition, players will get a taste of Onmyo magic and Ninjutsu elements of combat, which add bonuses to William’s attack and can invoke special techniques to provide various effects.

Lastly, to better prepare players for the trials that await, a Training Dojo has been added to the demo. This tutorial stage has been implemented to teach newcomers how to fight with a katana, the most basic yet refined of weapon choices, and how to navigate through the game. The Training Dojo will be available from the beginning of the demo.’

The Nioh beta will be available on the PS4 from August 23 till September 6.