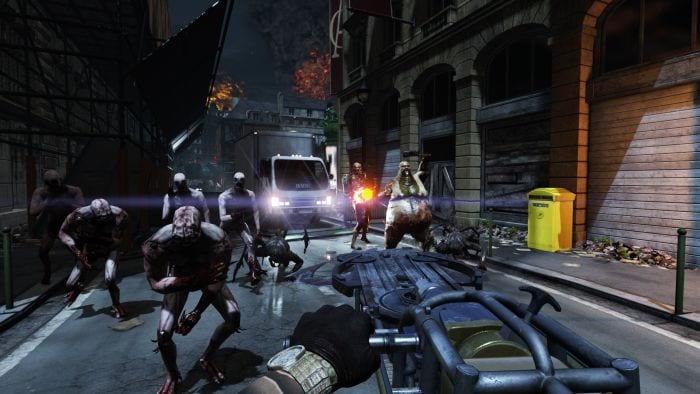 Killing Floor 2 will release on Nov. 18, according to developer Tripwire Interactive. The co-op-oriented horror shooter was originally announced back in 2014, and entered Steam Early Access in April last year. Although originally announced only for PC, the game will also be releasing on the PlayStation 4.

Killing Floor 2 takes place in Europe a month after the events of the original Killing Floor. You get to use a variety of weapons, from historical guns and assault rifles to sci-fi inventions, all to kill hideous monsters called “Zeds”. The game features six-player co-op, although you can also go solo if you’d like. There’s also a 12-player PvP mode, not unlike, say, Left 4 Dead, where you get to play as a Zed yourself.

Changes from the original Killing Floor include a revamped Perk system, with a number of new ones tossed in. Melee combat has also been shaken up, and players can now specifically control the type of melee attack they perform. And finally—this is a Killing Floor game. There will be gore. Lots of gore.

If you’re willing to take on a few bugs while also taking care of Zeds, you can get the Killing Floor 2 on Steam right now, and get to playing the Early Access build of it.