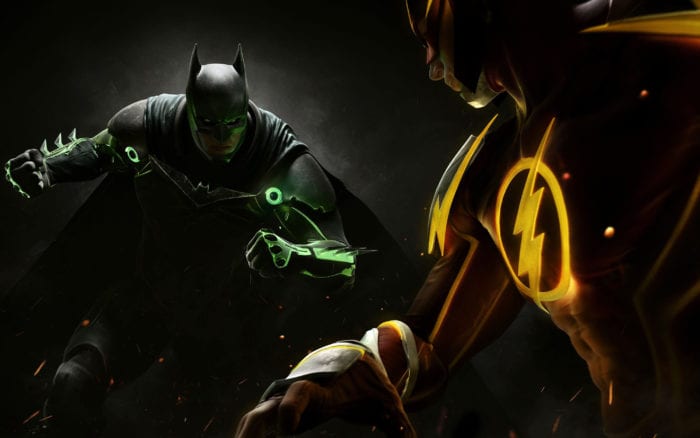 Back in 2013, gamers were surprised by the NetherRealm Studios-developed Injustice: Gods Among Us. Released to mostly universal praise, it showed what a good comic-based game is like.

Revealed a couple of months ago, multiple trailers and screenshots have been released for a followup, Injustice 2. However, today, on the InjusticeGame Twitter page, a screenshot was posted revealing what seems to be a hyena, which, as many of the fans in the comments section pointed out, is most likely connected to Harley Quinn. Her and Joker kept their own pet hyenas, though given all the other ways one could tease a Joker reveal, Harley Quinn seems the more likely tease here.

However, many fans are pointing out the possibility that the image is connected to Beast Boy. This would be indicated by the fact that Beast Boy can transform into nearly any animal, but falters seeing as the figure sports no shades of green.

In either case, DC fans will surely be happy to know that the developers are digging even deeper into the DC lore. As such, Injustice 2 is shaping up to be a proper sequel to the original Injustice. As for the Twitter image, who do you think it is? Do you think it’s hinting at Harley Quinn or Beast Boy? Or do you believe it’s some other character? Be sure to let us know in the comments below.