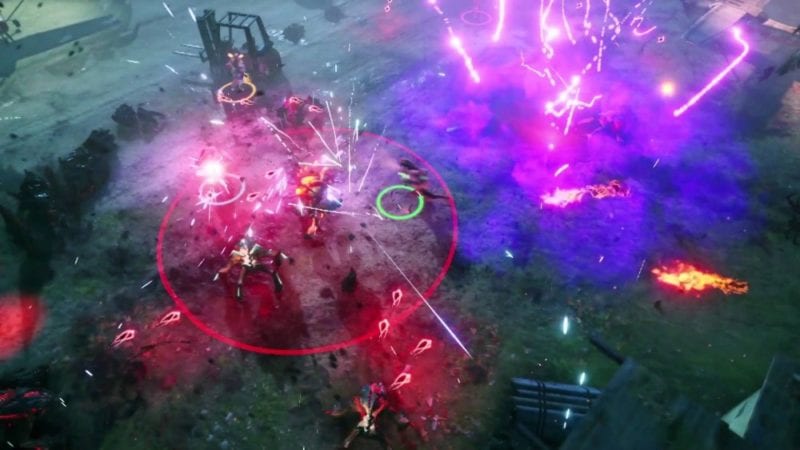 Today saw the release of title update 1.03 for Alienation, Housemarque’s most recent twin-stick shooter. As part of the update, the long-awaited local co-op mode was patched into the game.

Housemarque hasn’t said a word on when we could expect the local co-op mode since it was teased in Alienation’s launch trailer back in April. The local co-op mode will be for 2-4 players and will allow players to run through the story mode of the game.

Alongside this, update 1.03 also brings a bunch of new features, major fixes, and some tweaks, too. Leagues, one of the biggest new features, challenges players to climb up the ranks in order to unlock additional bullet colors. Each cycle of a league lasts one week and has five ranks within it. New difficulty modes Expert and Master have been added in for the story mode, and a new difficulty level in Ark Ship provides new rooms, harder enemies, and better loot.

With the addition of this new way to play with friends and a means to challenge yourself that little bit more comes a bunch of new trophies too. Thought you were close to that platinum? It’s about to get a little bit further away, unfortunately.

Update 1.03 has also increased the Hero level cap by 25, increased drop rates, and fixed some big pretty major issues to do with the game’s stability.

You can check out the full changelog for the update, here.

Will you be jumping into Alienation’s local co-op with friends? Let us know down in the comments below.