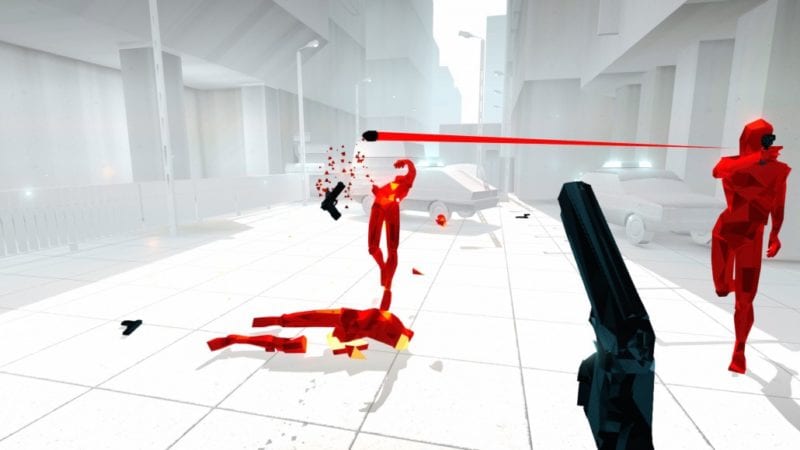 The Superhot development team announced in a recent dev log that Superhot VR will be an Oculus Rift exclusive, and that they were aiming to release the game by the end of this year.

“We’re now working super close with the guys at Oculus to release SUPERHOT VR later this year. We’re really trying to capitalize on all of the new design possibilities that Virtual Reality is giving us.

The level of game immersion that you get from playing SUPERHOT in VR is simply crazy. We try to add as much as we can to that from us. Recently, we played around with holophonics type of sounds in SUPERHOT. Thanks to that you will be able to for example “locate” a passing bullet just by the noise it creates.”

The devs mentioned that for now, they would be focusing on their partnership with Oculus Rift. However, it’s always possible that the game could come to other VR devices later on as well. The devs also mentioned that their upcoming DLC for the game will be made free, and that is always good news for the fans.