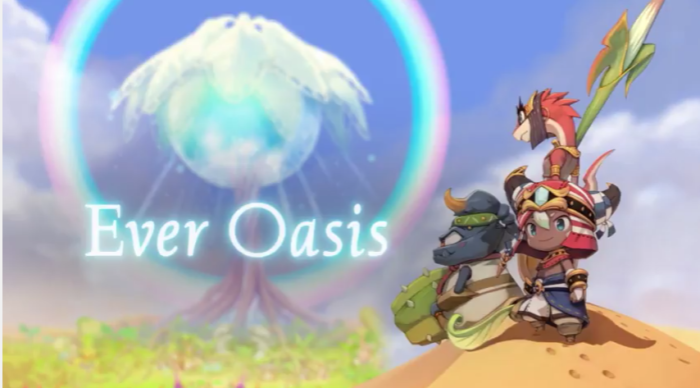 Nintendo had a brand new IP for the 3DS to announce today during their Treehouse Live stream, a role playing game called Ever Oasis developed by Grezzo. The game is lead by Koichi Ishii who was the producer for the Mana series and created Moogles, Chocobos and the job system from Final Fantasy.

Ever Oasis is a brand new RPG for the 3DS, that looks to combine some elements from games like Final Fantasy as well as Animal Crossing. Players create their very own oasis, where adventurers and wanderers from across the land can come and visit. Teaming up with some of these adventurers and venturing out into the desert will allow you to forage for items, battle and explore mysterious dungeons. Apparently you’ll also be able to switch characters in battle, which will be the key to defeating some tough enemies. Take a look at the announcement trailer down below.

No release date has been given for Ever Oasis yet, but it will be exclusive to the Nintendo 3DS. What do you think of Nintendo’s new role-playing IP? Are you excited to get another game to play on the go? Let us know down in the comments, and make sure to stay tuned to Twinfinite for more out of E3.