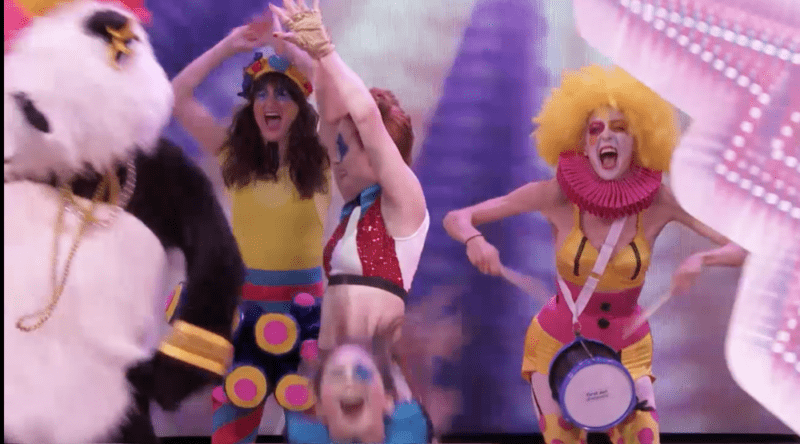 It’s been a while since we’ve gotten a Just Dance title, and Ubisoft kicked off their E3 presser with the announcement of Just Dance 5. Of course, it began with the classic Queen song “Don’t Stop Me Now” featuring dancers dressed in ridiculous outfits dancing on and around the stage. Such dancers include a dude in a panda outfit, a lightning bolt, and a guy with a giant electric guitar shaped like a butterfly.

Currently, the songs confirmed are the aforementioned Queen songs, plus songs by Hatsune Miku, Maluma, Fifth Harmony, Equinox Stars, Major Lazer, and more. Once that whole musical bit concluded, Aisha Tyler walked on stage and announced that Just Dance 2017 will come to all video game platforms October later this year. It’ll come to the NX next year, though an exact date wasn’t specified. Stay tuned to Twinfinite for more E3 2016 news.