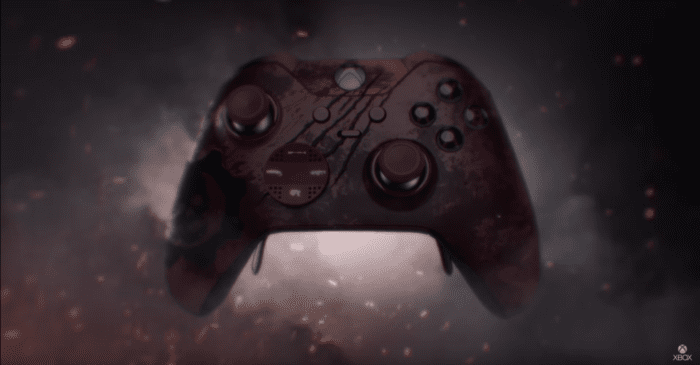 Following the lengthy gameplay demo of Gears of War 4 at Microsoft’s E3 conference, a new elite controller was revealed.

Revealed during Microsoft’s 2015 E3 conference, Gears of War 4 received a trailer and release date last year. Fans were able to catch a quick glimpse at a couple of the title’s new protagonists as they explored a pretty haunted old building.

This year was no different, with Gears of War 4 receiving a new trailer ahead of its Oct. 11 release date.

Gears of War 4 received a multiplayer beta during April, which saw nearly 1.4 million people getting to grips with the game’s online component. This figure led to the Gears 4 beta being heralded as “the best in the history of Xbox One,” and that the game would go on to be Microsoft’s “biggest game this year.”

Gears 4 takes places 25 years after the previous game, following Marcus Fenix’s son, JD Fenix and the rest of his team take on a new threat to society following the eradication of the Locust and Lambent.

What do you think of the controller? Let us know in the comments below.