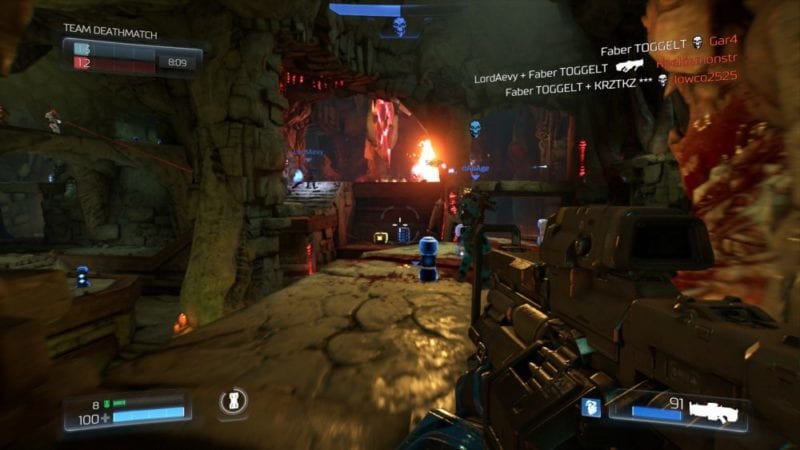 Ever since Doom’s release, two things about the game have been apparent: the single-player is bloody awesome and the multiplayer is a ton of problems, such as a lack of private servers and too many cheaters on the PC. Speaking with Eurogamer, Doom’s executive producer Marty Stratton revealed that they’re aware of the problems and are working on them.

As Stratton explained it, “There’s certainly no lack of commitment to Doom as a multiplayer game on our side.” update this summer.”

Eurogamer also asked Stratton about the features from the Alpha that were missing from the full game. He explained that these features were removed because they knew “we would need to improve before releasing to consumers and as mentioned, we are working on most of those updates now.”

Stratton also revealed that they are also working on adding bots to both the multiplayer and the SnapMap mode and they will be added to the mode that players want them to be added to first. Unfortunately for players looking for private servers, they may never be coming because Doom is being run by private servers. Instead, Stratton notes that they are working on adding private matches.

“We are already working on private matches with custom game settings and expect to include that in a free update…We feel like this will meet the greatest immediate needs of most players, like those wanting to use private matches to avoid cheaters, play exclusively with friends or setup competitive options. However, we are also still considering the features and benefits of a more traditional match browser.

As for cheaters, Stratton noted that Bethesda is punishing cheaters, but they can’t reveal anymore details because doing so might undermine their efforts.

Finally, Stratton revealed that both paid and free DLC is coming to Doom multiplayer and that more information will be revealed at Bethesda’s E3 Showcase this Sunday. Certain Affinity won’t be working with Bethesda on the multiplayer anymore, though id did thank them for working on it “through the launch of the game and really appreciate their contributions and effort on the game.”