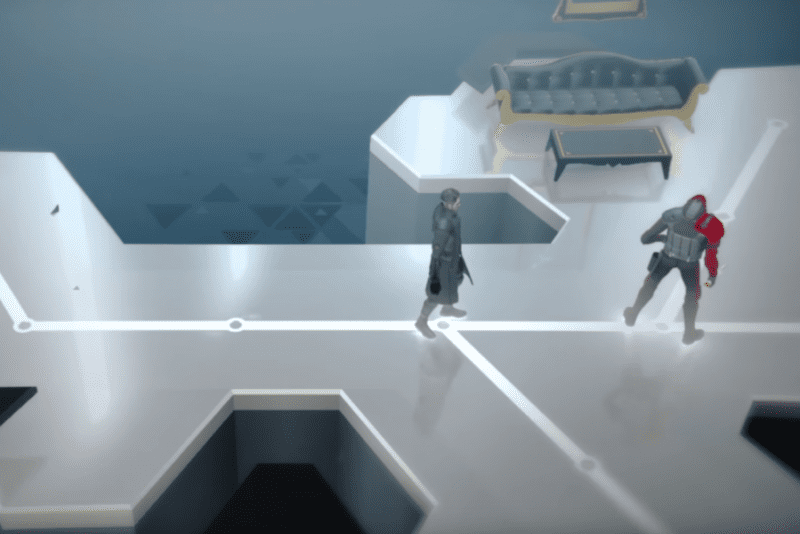 Square Enix Montreal has announced via Twitter and a trailer that Deus Ex Go will be coming to smartphones and tablets this summer. The game follows in the same vein as Hitman Go and Lara Croft Go, having you move your character around turn by turn on a series of maps as you take down enemies and solve puzzles . Here’s a quick description from Square Enix, and take a look at the announcement trailer down below.

“Deus Ex GO is a turn-based infiltration puzzle game set in a stylized interpretation of the Deus Ex Universe. As double agent Adam Jensen, you’ll use hacking, combat, and augmentations to solve the most challenging puzzles of the entire GO series. Work alongside your allies in TF29 and the Juggernaut Collective as you infiltrate locations to unravel the conspiracy behind a terrorist plot.”

Deus Ex Go doesn’t have a firm release date yet, but will be launching over the summer at some point. Deus Ex: Mankind Divided, the next entry in the series, is set to release for Xbox One, PC, and PS4 on August 23. Recently, a new live action trailer for the game gave us a look at the tragedy created by tensions between augmented and non-augmented humans.

Are you excited to see Deus Ex Go get announced? Have you played the previous Go titles? Leave a comment and let us know.