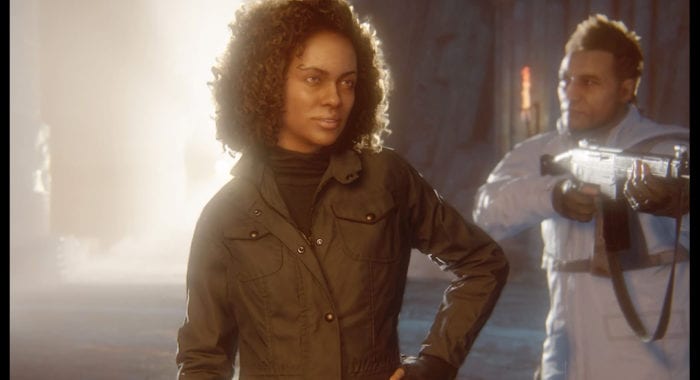 Before its release two weeks ago, Uncharted 4 went through a lot of playtesting. That’s not all that surprising, given that the game has been in development for three years or so, but what is surprising is that Naughty Dog had to get rid of a playtester for their reaction to the game’s portrayal of women.

Okay seriously, if you haven’t finished the game yet, don’t read this. Spoiler alert!

Director Neil Druckmann sat down with Glixel (the new gaming website for Rolling Stone) and talked about how the studio was influenced by Anita Sarkeesian’s videos. Druckmann said that whenever he described a character to the lead artist, she’d ask what would happen if the character was female. If they found no big difference, the character would be a woman instead of a man. This didn’t cause much of an issue, save for this:

“Initially, in the epilogue, it was Nate’s son. Something similar happened with the mansion they go into. That was an old English guy’s house. She asked, Well, what if it was a woman?

You have some sexist focus testers who were really upset by Nadine beating up Nate, and really upset at the end when it was Nate’s daughter. To the point where we had to ask one guy to leave. In his core, it just affected him. He was cursing, “Not you, too, Naughty Dog! Goddammit. I guess I’m done with Uncharted, if you guys ever make another one, with his daughter. This fucking bullshit.”

And I was like, Wow, why does that matter?”

Uncharted 4 released for the PS4 two weeks ago to our glowing review.