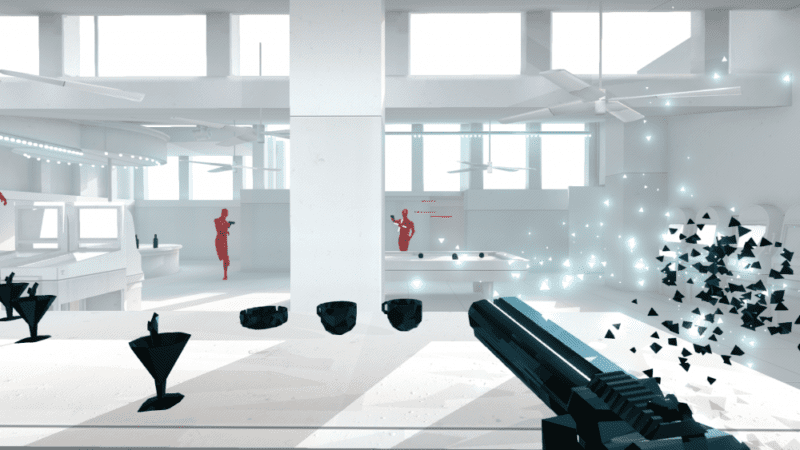 Superhot was originally released on the PC back in February and quickly gained acclaim for its strategic first-person shooting and distinct style.

Xbox One gamers will be pleased to learn that Superhot is now available to buy and play for the console. To celebrate, a launch trailer has been released which shows this unique game in action.

Superhot may seem like a stylish first-person shooter, but the twist is that time only moves when you do. This allows players to be strategic when planning their next move. At the end of a level you can see your game played out in real time which makes you look like a real badass.

There’s still no word on whether the game will see a release on the PlayStation 4 but we’re keeping our fingers crossed.