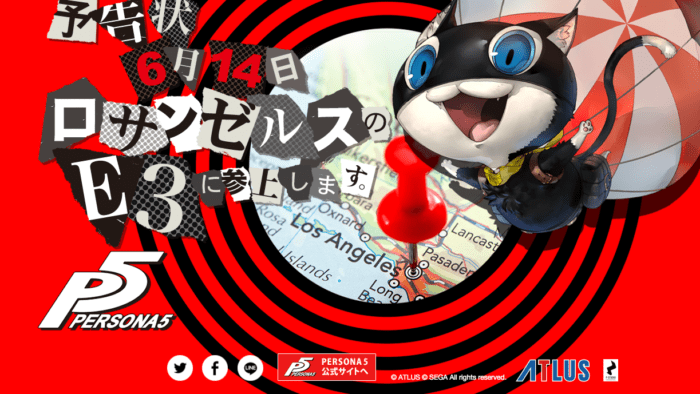 Persona 5 got a confirmed release date for Japan today, but there was no news about when it would be out in English-speaking territories. However, if you take a look at the official website, it seems that Atlus and Persona 5 will be having a presence at the E3 conference in Los Angeles from 14 to 16 June this year. Since the game seems to be very near completion, it is highly likely that Atlus might just announce the English release date during E3.

Along with the Japanese release date of September 15, there was also a new trailer that showed off new party members, enemies, and slick-looking animations and cutscenes. A “20th Anniversary Edition” of the game will also be released in Japan, and it will contain specialty items including an art book from designer Shigenori Soejima, as well as a soundtrack collection of music from past Persona games.