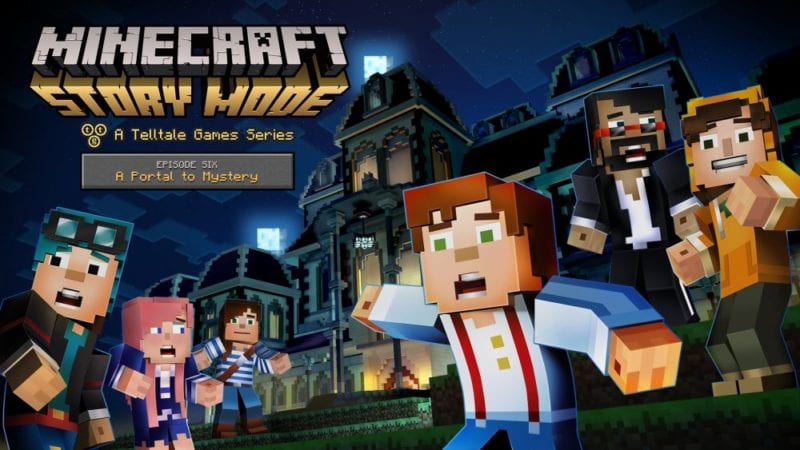 Telltale Games and Mojang today announced the release date for Episode 6 of Minecraft: Story Mode, disclosing the news in a press release.

“A Portal To Mystery” will be available digitally worldwide beginning on Tuesday June 7th for PC, PlayStation 3, PlayStation 4, Xbox 360, Xbox One, IOS and Android devices.

This 6th episode is set to be the first of three new adventures in Minecraft: Story Mode, acting as an add-on to the base game.

Players can purchase the new Adventure Pass for $14.99, which gives them access to all three new episodes as they release, or purchase them individually for $4.99 each.

Telltale and Mojang also announced the addition of a special guest cast, who will feature throughout the new adventure series.

Members of the Minecraft YouTube community, such as CaptainSparklez and Stacy Plays, will all be playing characters from their own YouTube videos. You can check out an interview with the new cast in the video below.

“A Portal to Mystery” sees Jesse and the gang finding “themselves in another strange new world – one completely overrun by zombies”, and it’s up to the player to find a way out.