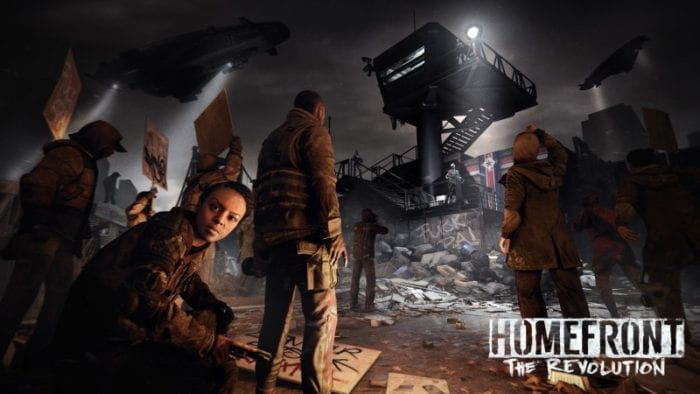 Dambuster Studios, developer behind Homefront: The Revolution, has reached out to PS4 players of the game in an attempt to help fix a new bug introduced through the latest update for the game.

Update 1.03, introduced just yesterday to Homefront: The Revolution, has unintentionally introduced a new bug into the PS4 version of the game. This bug entirely removed icons from the map within the game, making it impossible for the player to seek out side missions and other activities.

Dambuster Studios first acknowledged the bug this morning via their Twitter profile, through which the company stated that it is “aware of an issue surrounding map icons on PS4 affecting some players after the latest update. The team are currently investigating.”

However later this morning Community Manager Craig Turner took to the official Homefront forums, to request that PS4 players affected by the bug upload both their PS4 profile and save game file to the file-sharing site Dropbox, which Dambusters hope to use to resolve the issue.

“We are working on getting to the bottom of what is happening and having as many save games as possible will get there quicker,” wrote Turner. “We appreciate your help and patience.”

Just a few days ago Dambusters acknowledged that the PS4 version of Homefront: The Revolution was facing significant frame rate issues, and we’ve compiled a list of everything wrong with the game at launch.