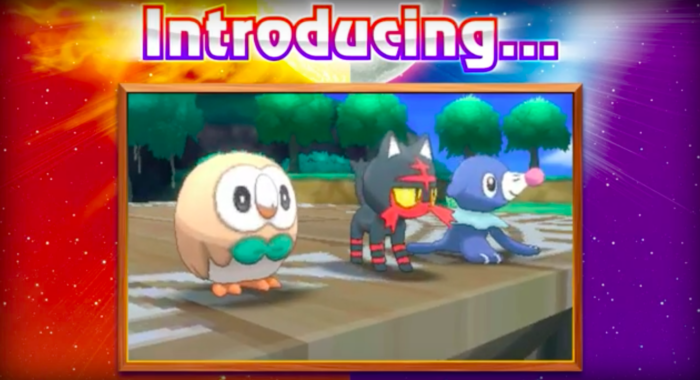 The Pokemon Company has released a brand new trailer for Pokemon Sun and Moon, the two new entries in the long-running franchise. In the trailer, we get our first look at the three starter Pokemon players will be able to choose from. We’ve got the Grass type Rowlet, the Fire type Litten, and the Water type Popplio. The trailer also shows off the male and female player characters, as well as a brief glimpse at some of the in-game environments we’ll be exploring. You can check out the trailer here.

Lastly, the trailer also revealed the official release date for Pokemon Sun and Moon. The games are set to be released on November 18, exclusively on the Nintendo 3DS. So now that you’ve gotten a look at the three starter Pokemon, have you decided which one you’re leaning towards yet? Let us know in the comments down below.