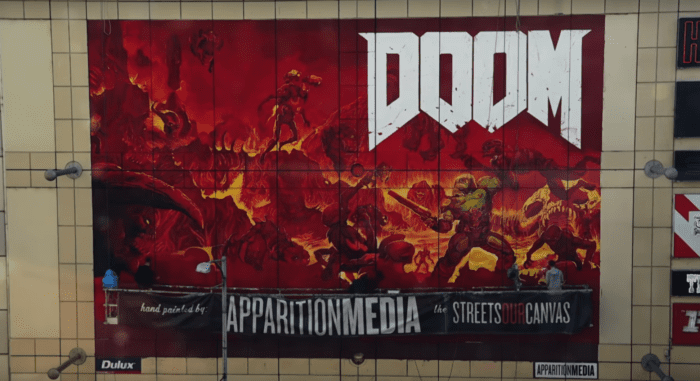 Bethesda, together with Apparition Media, have painted a really cool-looking mural in efforts to promote the new DOOM game in Melbourne, Australia. You can check out the painting process in the ‘making of’ video down below. Just between you and me, every country needs at least one badass mural like this.

“Located on Lonsdale Street in Melbourne, Australia, this mural pays homage to the legacy of DOOM and the passion of the fans who chose the artwork for the reverse sleeve game cover.”

This is the latest entry in the long-running series, developed by Bethesda and id Software. This is the first major entry in the series since the release of Doom 3 back in 2004. While the game seems to have been really well-received and has taken the series back to its roots of ruthlessly shooting down demons from hell, it also seems to be plagued with a few game-breaking issues and bugs.

DOOM is now available for the PS4, Xbox One, and PC. Did you pick the game up? Let us know your thoughts on this latest entry in the comments down below.