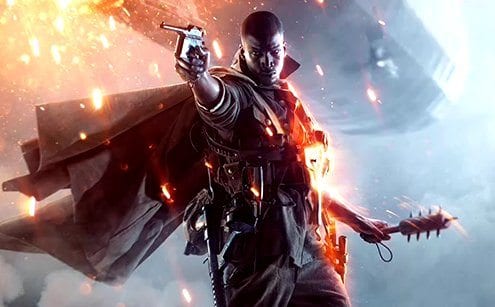 Earlier today, it was leaked that the next entry in the Battlefield series was titled Battlefield 1. EA didn’t comment, naturally, but during their world premiere event today, they pulled back the curtain on the new title, showing it off with a bombastic new trailer, courtesy of Patrick Soderlund. Solderlund was also quick to stress that everything in the trailer was in-engine.

In this new game, you can expect biplanes, tanks, horses, and a freaking blimp. Yeah, for real, and it all looks beautiful and crazy. All of it set to Glitch Mob’s version of “Seven Nation Army” is a bit much, but it definitely looks like Battlefield, even if the end of the trailer is missing the classic Battlefield sting.

Battlefield 1 hits the Xbox One, PS4, and PC later this year.