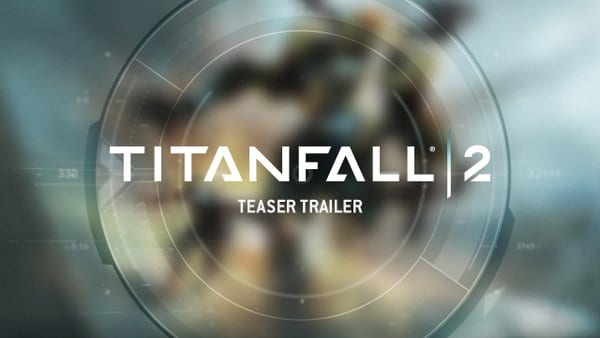 So, here’s something. EA has up and revealed Titanfall 2 with a trailer, and a rather ominous one at that. Check it out below.

If you missed out on the first game, basically it’s a war between two different factions that both are in control of giant robots. That certainly looks to be the case here again, and it also looks like new robots will be joining the fray, given the quick glimpse of one with a giant sword. Hate to be on the receiving end of that.

The good news is that this time around, Titanfall 2 won’t be an Xbox exclusive like its predecessor, meaning that it’ll come to Xbox One, PC, and PS4. Woohoo! The full reveal for Respawn’s second game will be coming on June 12, which is conveniently enough when the EA Play event will be going down in LA. Two months isn’t too long of a wait, right?

What would you like to see in Titanfall 2? Read our suggestions for their supposed single player campaign and let us know in the comments below.