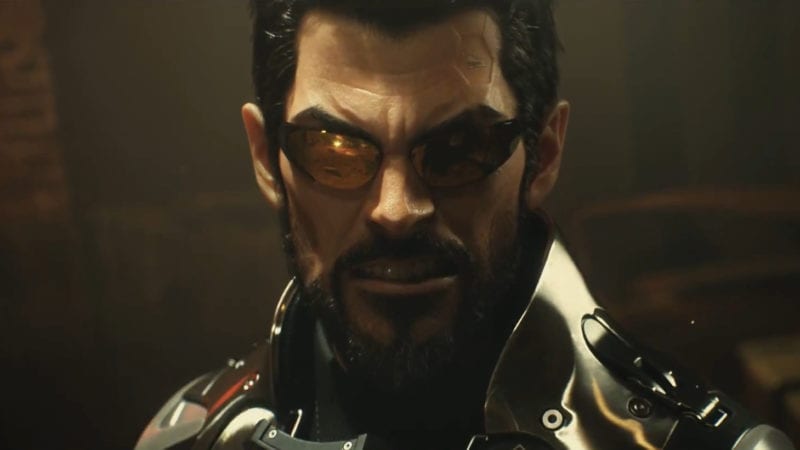 If you’ve got a good memory, you may remember today as being a special event. Square Enix was all set to reveal Deus Ex: Mankind Divided, the sequel to their hit game Human Revolution from 2011. While they did reveal it, (and it all looks pretty dang sweet) it wasn’t without its hiccups–namely that the reveal was leaked just a full day before the trailer hit. That had to have been a downer of a day.

And if you forgot this, well, the Twitter account for the game definitely hasn’t. In “celebration” of the leak, they’ve put out this rather funny (and disturbing) tweet about how their thunder was stolen from them. Warning: it’s pretty freaky, and there’s enough shade thrown here to match Adam Jensen’s wardrobe.

A year ago in Deus Ex history, Mankind Divided was leaked… a day before we were going to announce it. We were like pic.twitter.com/YAuwqtT6LE

That is…such a creepy GIF, in every way possible. They’re right to be pissed about it, but couldn’t they have used something less nightmare inducing? We didn’t ask for this. On the upside, they’re still able to laugh about it and don’t feel like pointing the blame…at least, not the guy who looks like Newman.

Deus Ex: Mankind Divided will come to the PS4, Xbox One, and PC on August 23.