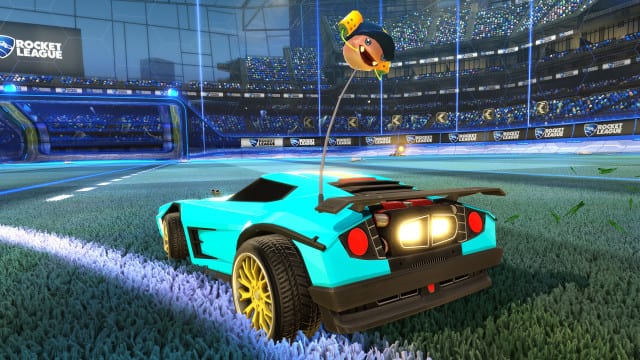 Since coming to the Xbox One on February 17, Rocket League has officially surpassed 1 million unique players on Microsoft’s console. The official Rocket League Twitter account made the announcement just today.

YES! We have officially eclipsed more than 1 MILLION unique players on @Xbox One! Thank you very much for continuing to support us!

For the uninitiated, Rocket League is an addictive soccer game where, instead of using humans to nudge a soccer ball into a net, you use trucks to do that. Players can play with each other both locally and through online multiplayer. You and your friend can play on the same team, or on opposing teams as you try to score goals on each other. Not only that, you unlock more paint jobs, more truck models, and more accessories to decorate your vehicle with as you continue playing.

The Xbox Live service was also down for a few hours earlier today, preventing any online play. But it looks like servers are finally back up, so players can get back to nudging oversized soccer balls with colorful trucks.

A port for the game is also planned for OS X and Linux some time this year. Rocket League is now available on both the PS4 and Xbox One.