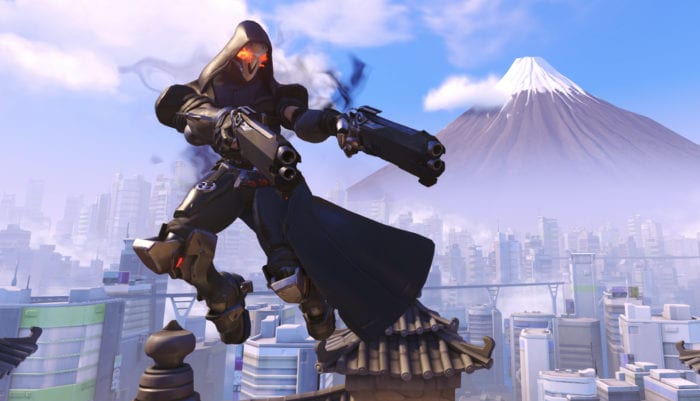 Overwatch, the new upcoming shooter from Blizzard, is a different game from what they’re normally used to. While Warcraft, Starcraft, and Diablo all draw on well established tropes of medieval fantasy, sci-fi, and religion, respectively, this game is something else.

It’s the first game they’ve ever made that exists in the real world, albeit one that also has talking gorillas and pop stars turned superheroes. As Chris Metzen, the game’s creative director describes it when speaking with The Verge, they “started at the ground and moved upwards” when compared to their previous franchises, where they figured out the big ideas and themes before filling out details. The world here is recognizable to Blizzard so that they could have sci-fi and fantasy elements to “conjure whatever heroes we wanted, but had more of a tether to the familiar world we share.” It’s definitely got a bit of an Avengers vibe to it all, given it’s got these powerful heroes working together to save the world.

Blizzard views Overwatch as “intimidating”, and part of why is its nearly two dozen roster of characters. While they drew on team members of different nationalities and worldwide locations for inspiration and did their research, they also wanted to be aware of cultural sensitivities and people’s feelings. Still, as Metzen put it, “we want to build this near-Earth experience with respect and love”.

Overwatch releases for the PS4, Xbox One, and PC on May 24.