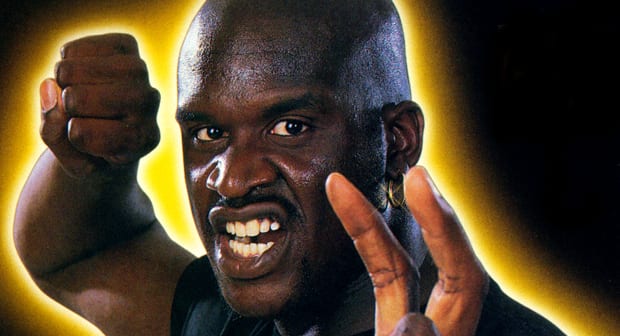 League of Legends esports organization NRG announced today that two of the biggest names in sports of the last decade will be joining their team as investment partners. Retired NBA center and current TNT Analyst Shaquille O’Neal, and current New York Yankees MLB third basemen/DH Alex Rodriguez, both contributed in the team’s latest round of investment. Also Jimmy Rollins, a current MLB shortstop, whom is a LoL player himself, also invested in NRG.

Retro video game fans should also of course remember Shaq as the hero of the so bad, it’s good, beat-em-up for the Genesis and Super NES, Shaq-Fu.

Here’s what NRG chairman, Andy Miller, told the Daily Dot about the announcement:

“We think they will help legitimize the space,” NRG’s chairman, Andy Miller, tells the Daily Dot. “They all come from the traditional sports world. They were all unbelievably young when they became professionals, like our guys.”

Miller says that Shaq, Rodriguez, and Rollins approached NRG directly. Rollins is actually a League of Legends player, while O’Neal has been in the gaming and esports space for a while through Turner Sports, most notably when he announced Turner Sports’ new ELEAGUE competition last year. He also co-owns the Sacramento Kings basketball team with Miller.

“[Shaql] has been circling the space, and during CES he kind of fell in love with it, and he said “I’m all in, let’s do it,’” says Miller. “He’s the world’s biggest kid and he’ll bring an epic amount of fun and energy—no pun intended—to our teams, and to the space in general.” via the Daily Dot.

Indeed, Shaq does seem pretty hyped about the announcement, and posted this on his Twitter account today in light of the news:

Pumped to join my new team @lolnrg and start tearing down turrets! Get ready for the Shaq attack! #leagueoflegendspic.twitter.com/cWtl8Zhua1

It’s yet another sign that esports is close to fully arriving here in the United States. While esports has, and continues to be popular among hardcore fans of big games such as League of Legends, esports is continuing to grow in other spheres as well. ESPN announced a new esports section of their online website earlier this year; and a detailed report from Ben Casselman of FiveThirtyEight.com which appeared in ESPN the Magazine, shows that the sport is continuing to grow year after year.

Like it or not, the more big companies and big names get invovled, the more esports inches ever closer to becoming mainstream.